Find us on LinkedIn

On the 12th of June 2017 there was an afternoon tea at deans Court Chambers in Manchester to welcome a group of Chinese lawyers to the city on behalf of the Circuit.  The Recorder of Manchester, High Sheriff of Greater Manchester and the Leader of the Circuit were in attendance.

The delegates were members of the Bar Council Training Scheme for Chinese lawyers, which is a programme being coordinated by the International Committee. It replaced the Lord Chancellor's Training Scheme which was Government funded.

The programme aims to give the lawyers an understanding of the English legal system, the way barristers and solicitors operate and how to instruct them whilst at the same time building the legal skills and knowledge required for international practise. In addition, useful business contacts are established between lawyers of both jurisdictions. The programme is prestigious and attracts young Chinese lawyers who generally go on to be successful in practice in China.

The group of lawyers visited Manchester on the 12th of June 2017 and a series of activities was organised by Joseph Hart and Prudence Beaumont of Deans Court Chambers to show the visitors the wide and varied legal landscape outside London. These delegations help forge closer ties between Manchester and the rest of the world. 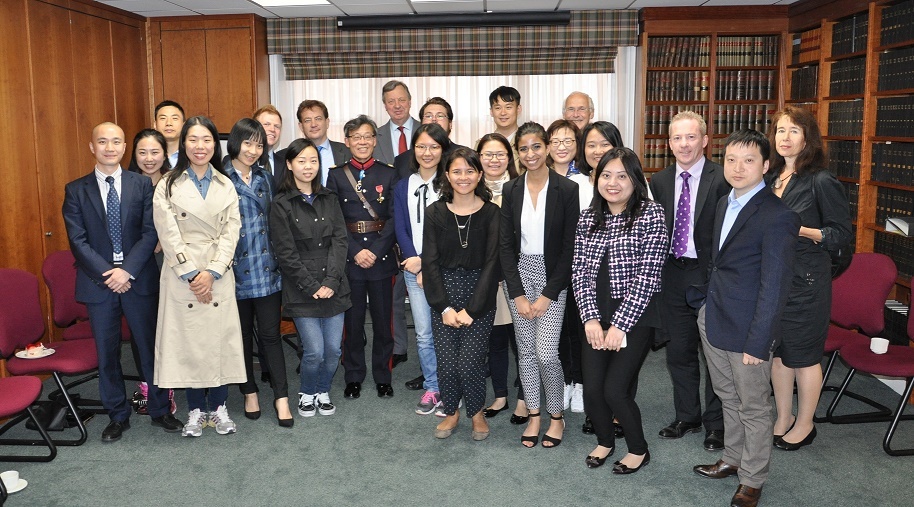